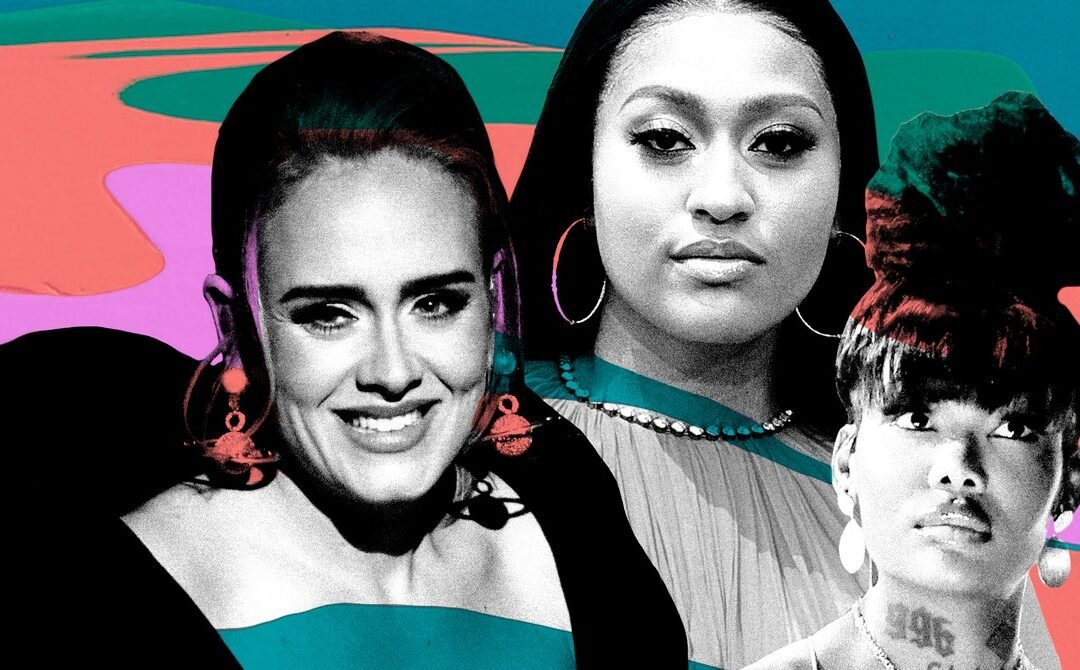 Pop music is a province of the unsettled. It lives in eras, and its most influential purveyors either adapt to the times or eerily predict them.

That is true for music’s production and its consumption. The governing narrative of the 2010s was all about streaming. Spotify and Apple Music completely rewired how we determine popular music and the boundaries of taste. Singles and playlists were the dominant considerations of anyone plugged in. Albums became an afterthought. The end goal of music streamers, which are nothing more than tech oligarchs in drag, was to make connections anew—to sculpt our habits, interests, and desires as a curated listening experience. In the decade behind us, that meant remolding how we listen. It meant albums would have less currency in the utopia ahead.

But genres can be stubborn things. They push back. R&B especially. That felt unusually true this year. For me, 2021 was a period in which R&B made albums matter again. I found a special, almost refreshing comfort in the artistic pursuit of totality, in the creative freedom let loose by artists like Tirzah and Jazmine Sullivan. Maybe because R&B has roots in the traditions of Black music, it balks at so much of how sound moves, evolves, and restyles itself. The genre is both analog and post-internet, seemingly unconcerned by how social platforms like TikTok have influenced modern sound and aware that it remains only as influential as the base it has built. The core of what gave rise to R&B was here before the internet. It will be here after. The genre, as we’ve witnessed this year, is at its best when it is unmalleable, unmoved—until it isn’t.

You’re probably thinking: But doesn’t that go against everything I know about Black music, and Black culture at large—how it innovates and creates and is improvised-upon in so many skillful, and sometimes menacing, ways? Well, yes (as Black Twitter constantly reminds us). But the opposite is also true.

R&B is a genre of anti-futures. It acknowledges what is coming while firmly positioned in what came before. It looks inward. It’s what I like to think of as foundational music. In that way, it works like a matrix. The music moves forward, across, back, and through—but never in great haste. R&B is a reminder that perhaps we needn’t be in such a rush to the future on the horizon. Dystopia looms. For others, it is already here. R&B asks us to pause, to take a breath, to acknowledge the self with blunt and bone-deep introspection, to perhaps reconsider the path ahead.

Of course, no one genre can wholly withstand inspired innovation—projects from Dawn Richard and L’Rain were keen studies in texture and tender futurism—but what the best albums of the year all have in common (with two exceptions) is the thread of R&B as their DNA, their backbone, their big beating heart.

Six years removed from 25 and Adele returns in rare and rarefied form. A reservoir of moody, oscillating love-and-woe ballads, 30 triumphs in its candid and candied approach to heartache, pain, and vulnerability. Adele soars.

More than anything, Tirzah projects are spare and inviting. They are spatial meditations on intimacy and relationships, on how we negotiate the distance between bodies, emotions, and experiences. Devotion, her debut, was one of 2018’s best (put “Fine Again” on loop right now) and Colourgrade is no different. The singer is never concerned with formalism, which gives Colourgrade a unique geometry: It is about absence and the in-between. It gives definition to the undefined.

Vince Staples is from North Long Beach. It supplies him with a distinct worldview. He’s seen a lot and survived a lot more. The self-titled project—his most exciting full-length since 2015’s Summertime ‘06—is a trip through memory: In looking back, what do we bring with us? How heavy is the weight of remembering? Essayistic and low-key, the 10-song record tackles mortality, violence, and the bonds that both connect and shatter.

Recommended songs: “Are You With That”; “Sundown Town”; “Take Me Home”

5. Still Over It, Summer Walker

The third release from R&B classicist Summer Walker is a silky and sensual merry-go-round of breakup ballads about her failed relationship with producer London on da Track. What the album does best—to say nothing of its fantastic production—is pinpoint the hardship of lost romance in the age of Insta thirst-trapping. In Walker’s translation, it is a whirlwind of emotion and catharsis.

It’s difficult to convey the contours of Talk Memory in conventional music terms because the album, in the abstract, is not music. Though it’s entirely instrumental, its scale is much larger. I imagine this is what dreams sound like. What Toronto experimentalists BADBADNOTGOOD have devised is a holy thing. Along with collaborators Terrace Martin, Laraaji, and famed Brazilian composer Arthur Verocai, they have reached beautifully impossible heights. The view is better up here.

Recommended songs: All of them

3. If Orange Was a Place, Tems

Tems supplied the velvety lungs to 2021’s unofficial song of the year: she is unmistakable and unmissable on Wizkid’s “Essence.” As a solo act, the Nigerian singer is something of a path-breaker, already on her way to global Afrobeats stardom. This five-song EP doesn’t just solidify Tems’ growing mastery, it rightly puts everyone on notice. She’s not letting up.

Fatigue is elemental in scope. It bleeds, sways, hollers, and hums. It meditates and stomps and conjures. It thunders. It awakens. For the Brooklyn fusionist, Fatigue is a spiritual passage—blending folk, gospel, soul, and experimental pop into a tonal and textural masterpiece. L’Rain has crafted one of the most beautiful albums of the year.

When Jazmine Sullivan released Heaux Tales 11 months ago, we had no idea where the year would take us—through moments of deep hurt and intense passion, through bouts of regret and earned joy. Much like 2021, the album unfolds in a series of twisting chapters, a clever mix of song and testimonial, each building on the track before. What Heaux Tales does skillfully is map sexual agency. It gives power and voice to the desires of Black women. It is an album, foremost, about reclamation—it urges listeners to demand what they are owed, and so much more. Consider it a lesson for all of us.